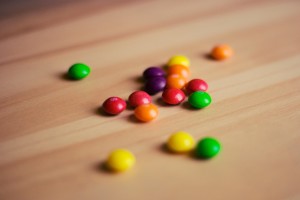 As we walked to school, I struggled to find something new or important to say that would help crack through the layers of disappointment and anger.  I had done a decent job convincing myself that it was really about containing and contextualizing the election results for my kids. Both of them had amazing insight and questions leading up to this election, and I wanted to strike the right balance between cultivating their interest in world affairs, and making sure they could still eat a banana popsicle or jump around in the neighbour’s trampoline without worrying about the fall of civilization as we know it. But deep inside, I knew it wasn’t actually the kids who needed the words this morning. As my preacher friend often reminds me, his best sermons are the ones in which he is preaching to himself.  This morning, I needed someone to say just One Damn Word that could make me feel better about waking up in a province fuelled by rage and righteousness, about going to work on a campus that is more polarized and grim than anything I’ve experienced in 18 years, or about carrying on in a world where depression and anxiety routinely take from us the beautiful souls that help to scatter light in our own darkness. Just One Damn Word was all I really needed this morning.

I had already decided last night to take a much needed day at home, so I spent the morning in a fit of what I hoped would be therapeutic housecleaning, scrubbing away at the mental grit that’s been accumulating steadily for the last few weeks. But somewhere between picking up the eight thousandth piece of lego and scraping the remnants of watermelon-flavoured Skittles off my daughter’s bookshelf, I began to cry. At first, I thought it was your garden-variety “burn it all fucking down” angry cry, but sitting here now on my swing on this gorgeous early summer evening, many hours and three cups of tea away from those heaving, heavy sobs, I know it was more than that. It was mainly, perhaps even entirely, about the slow but searing pain of Letting Go. Letting go of constantly wishing and fighting for things to be different.  Letting go of the idea that if I just send one more email, organize one more union meeting, do one more facebook post, or check off one more thing on my never-ending to-do list, that it will magically feel like the world is back where it needs to be. It was about letting go of my beautiful, smart and tender boy who no longer needs me to walk him to school (but thankfully lets me anyway), or letting go of my girl who can now stand on a stage by herself, and calmly and forcefully speak her truth into a microphone and then eat five bags of popcorn. It was also about having to let go of the pleasant illusion that we can somehow prevent our children, and ourselves, from having mornings just like this one. Mornings that feel so heavy, anger-inducing and just so, so, hard. After awhile, I stopped crying and made my way back to the scrubbing. And though I didn’t feel great, I did feel better. I felt better enough to text one of my best friends and invite her over to soothe our election-induced hangover with some leftover Indian food. She had other plans, but the small act of reaching out to her helped to ground me slowly back into myself.  She likely doesn’t know it, but she helped turn this day back into something manageable just by being on the other side of that text.

As I continued scrubbing, I started thinking about a discussion we had at a church meeting a few weeks ago. We are knee-deep in installing a new heating system, and it was my job to explain to the congregation how the new system would “maximize efficiency, ensure longevity, and offer the greatest capacity for backup and support in the event of system failure.”  I think that maybe that’s really the most important thing we can offer to one another: backup and support in the event of system failure. Despite my deeply ingrained impulse to want to fix everything for those I care about, most people–including the littlest ones in my life–don’t usually need fixing. What they do need is: unconditional love, support, acceptance, and someone to look out for them, or even to just stand by, when all their normal systems are failing.

I still haven’t found the right words for today. But I did find some words —these very ones that are fighting their way through my fingers to land on this screen, in the faint hope that they  help someone else feel that it’s more than okay to sit down next to their own pile of dried out Skittles and have a big ugly cry about the state of everything. I might suggest that even if you didn’t find yourself crying in a pile of three week old candy, you should invite someone over for leftovers. Cuz there’s a good chance they need might really need it today.

Cranky librarian with a hope.